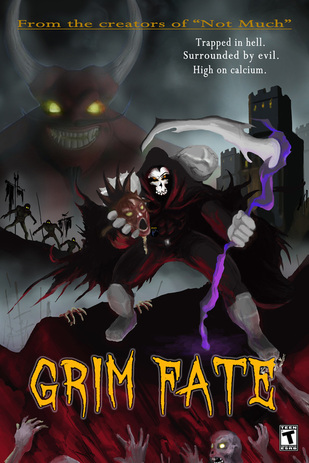 3d sidescroller/puzzler/hack and slash. A dark comedy inspired by Tim Burton. I started this game out as a prototype and the team slowly grew. I spent a lot of time with the level designers and character artist to keep the look and pace I wanted for the game. I also worked with Cascade and did  Animations.

These are the animations I working on for the Intro part of the game. When Grim gets his powering taken away. These animation were done in 3Ds Studio Max.

Just a few of the animations I did for Grim in 3Ds Studio Max.

Animations I made in 3Ds Studio Max of the Groundsman.